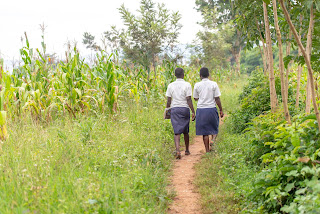 Today is the International Day of the Girl, and I'm going to divert from my regular book review posts to highlight some incredible work that is being fostered by Compassion Canada (a child sponsorship program that is very dear to my heart).  Did you know that in Uganda, girls will often trade sex in order to obtain sanitary napkins?  I was shocked when I learned this!  What is something we take for granted, others are forced to sell their bodies in order to obtain.  Fortunately, a local church, community, and Compassion project centre in Uganda are coming together to combat this period poverty - and empowering girls as a result.  You can read the incredible story about it here on Compassion Canada's blog. 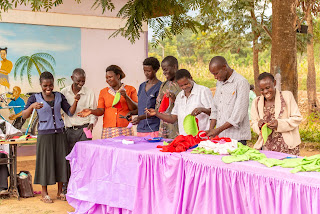 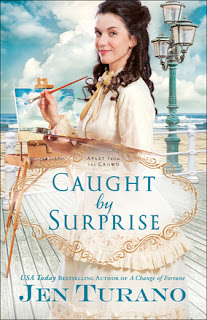 
After years of hiding her true nature, Miss Temperance Flowerdew is finally enjoying freedom outside of the shadow of her relations, so the lat thing she expected on her way to work was to be grabbed off the street by a stranger and put on a train bound for Chicago.

When Mr. Gilbert Cavendish is called upon to rescue a missing woman, he follows the trail to Chicago only to discover thyat the woman is his good friend, Temperance.  Before they can discoger who was behind her abduction, they're spotted along together by a New York society matron, putting their reputations at risk.

Even though Gilbert is willing to propose marriage, Temperance is determined not to lose her newfound independence.  But when the misunderstanding in Chicago escalates into a threat on her life, accepting Gilbert's help in solving the mystery may lead to more than she ever could have dreamed.


In her typical lighthearted, quick-witted style, Jen Turano has written another fun read.  My only disappointment was discovering this was the third in a series, "Apart from the Crowd", so I've missed reading the first two installments!  Overall, it did not detract from my enjoyment of the story.

Similar to her previous works, Caught by Surprise has characters that do not take themselves too seriously, always seek to find the humour in every situation, and the friends depicted therein are friends for life.  These are very "feel-good" aspects that I greatly appreciate!  But also added to this particular story is the element of intrigue with the inclusion of a kidnapping, murderous attempts, spies, and mysteries galore.  The author pulls out more than one surprise that kept me guessing to the very end.  A very good and highly enjoyable read!

The Reckoning at Gossamer Pond 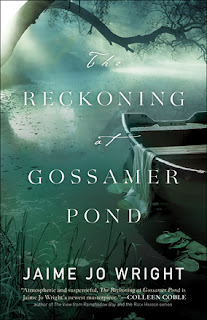 For over a century, the town of Gossamer Grove has thrived on its charm and Midwestern values, but Annalise Forsythe knows painful secrets, including her own, hover just beneath the pleasant facade.  Yet her strange and sudden inheritance of a run-down trailer home - full of pictures, vintage obituaries, and old revival posters - leaves her wholly unprepared for how truly dark and deadly those secrets may be.

A century earlier, Gossamer Grove is stirred into chaos by the arrival of controversial and charismatic twin revivalists.  The chaos takes a murderous turn when Libby Sheffield, while working at her father's newspaper, receives an obituary for a reputable church deacon hours before his death.  As she works with the deacon's son to solve the crime, it becomes clear that a reckoning has come to town - but it isn't until another obituary arrives at the paper that they realize the true depths of the danger they've waded into.

Two women, separated by a hundred years, must unravel the mysteries of their own town before it's too late and they lose their future - or their very souls.

So, so good.  Truly, this book was excellent!  I became a big fan of Jaime Jo Wright after reading her debut novel, The House on Foster Hill, whereby she combined the past and the present into a thrilling mystery.  This form of writing appears to be becoming her signature style as The Reckoning at Gossamer Pond follows the same premise.

In 1907, deadly intrigue is at the forefront of this particular story as a small town, which has already been sent reeling with the arrival of twin revivalists - the Corbin brothers - now has to come to turns with the sudden death (and apparent suicide) of Deacon Greenwood.  Libby Sheffield has her doubts with the determination of suicide as she received a mysterious obituary for Deacon Greenwood foretelling his death.  As troubling events continue to unfurl, which seemingly involve the Corbin brothers, and which events are  leaving more questions than answers, Libby finds herself in the thick of things and worried that her own deadly secret could come to light.

Fast forward to present day, and Annalise Forsythe also finds herself in mysterious circumstances with the inheritance of a run-down trailer full of pictures of herself and historical events about the town.  The last thing Annalise wants is her carefully concealed history made public, but she soon realizes that her past may be the key to the intrigue surrounding Gossamer Pond.  But the answer does not only lie in her past, but in the town's history, forcing her to work with people she doesn't even want to be in the same room with.  The only thing for certain is that if Annalise has to throw back the veil on her own secrets, she will ensure that everyone's secrets will also be revealed.

This was a thrilling read (be sure to leave a light on if diving into this novel at night!) full of twists and turns that kept me guessing to the very end.  I highly recommend this book for those who love a good mystery!

Book has been provided courtesy of Baker Publishing Group and Graf-Martin Communications, Inc.
Posted by ~ Jenna ~ at 13:06 No comments: 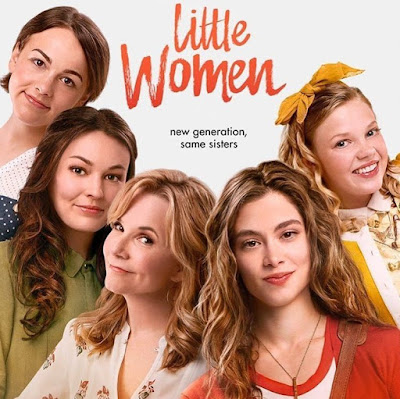 
I was so excited to learn that Little Women was being remade.  I loved the original film and novel, and it was with great expectations that I sat down to watch this new version about four close-knit sisters with huge imaginations and even bigger hearts.  I was not disappointed! 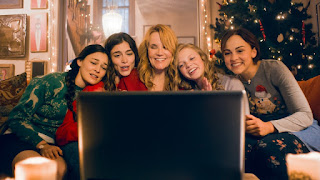 The filmmakers have done an excellent job of setting this beloved classic in current times while still capturing the innocence and lightheartedness of its predecessor, as well as showcasing all four March girls' personalities in their truest form.  Jo is as outspoken and imaginative as ever, Meg is bashful yet still tries to fit in with the crowd, Beth still has the heart of gold and is the peacekeeper of the bunch, and Amy is the precocious youngest sister, brimming with artistic talent, and just wants to be like her other sisters.  Their mother, fondly called "Marmee", is the glue to their family while their beloved Papa is fighting overseas. 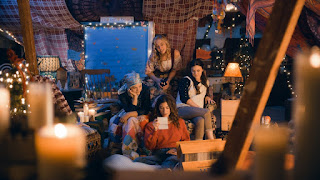 Little Women was perfectly cast and full of great acting talent.  I laughed (many, many times), through the hilarious moments, sighed at the tender ones, and cried through the difficult scenes.  It is tender and touching and completing heartwarming.  I highly recommend this film (mother-daughter and/or sisters theatre date!) and honestly cannot wait to wait it again!

To check out the movie's FB page, follow the link here.  And to view the trailer, simply watch the YouTube clip below.