Once Upon a Summertime 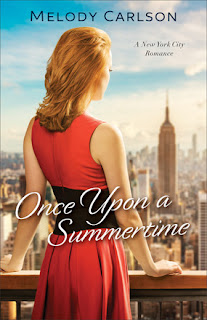 Managing the Value Lodge in her hometown was not what Anna Gordon had in mind when she set out in the hospitality industry.  But it’s a safe choice for a young woman starting out her career.

Then, out of the blue, she gets the opportunity of a lifetime: a chance to reinvent herself and reinvigorate her career by moving to New York City.  She applies for a management position at a stylish new hotel, The Rothsberg.  But the city is full of surprises – not the least of which is discovering that Sean O’Neil, a once-upon-a-time crush, has applied for the very same position.

This sweetly romantic tale of dreams come true takes you through the storied streets of New York City – and into the depths of the human heart.

One thing that is clear from the first few pages of this novel is that Anna Gordon isn’t particularly fond of her job.  I would almost say she hates it.  Having to deal with irresponsible co-workers, and employers who never see the need for change, Anna dreads going to work each morning.  Melody Carlson paints such vivid pictures of Anna’s true feelings towards her job, and how lackluster it is that it made me shudder to think about ever being in her shoes.  But luckily for Anna, a chance to manage a boutique hotel comes her way - and she goes for it.  A new city, new job, new friends, and the possibility to live her dream managing a boutique hotel are just too exciting to pass up.  But life changes always bring risks, and Anna soon discovers if her quick decision was the right one.

Once Upon a Summertime is a shorter read than most, and I blazed through it pretty quickly.  Character wise, it was lovely that Anna had a really nice relationship with her Grandma and a genuine desire support her.  At times I found Anna a bit overly critical to the people around her, and a tad sensitive and over-defensive.  However, Anna is an admirable worker.  She dutifully shows herself to be a model employee, always going above and beyond the call of duty.  Even when working at the Value Lodge, a place she detested, Anna tries her best to make things better, encouraging her co-workers while giving them some much-needed constructive feedback.  It's clear her heat is in customer service, and she truly wants her customers to be happy and satisfied.  Sean came off as a genuine, down-to-earth guy with a kind soul, who also has a strong drive for success.

One thing I felt was missing from the story since it's a Christian novel, was a stronger faith presence.  Other than a few phrases here and there hinting about God, there wasn’t much to distinguish the story from a mainstream novel.  When I read a secular novel (I’m a sucker for John Grisham’s legal thrillers – he truly is a master storyteller!), no matter how well the story is written, I always miss the faith aspect.  Showing a character’s reliance upon God for strength and how God provides for His children can bring so much more texture to a story.

All in all, it was a light, easy read, and I learned a bit more about all that goes into managing a hotel – enough to say I wouldn’t be switching jobs anytime soon!  ;)

Book has been provided courtesy of Baker Publishing Group and Graf-Martin Communications, Inc.
Posted by ~ Jenna ~ at 20:38 No comments:

Email ThisBlogThis!Share to TwitterShare to FacebookShare to Pinterest
Labels: Christian, Contemporary, Once Upon a Summertime, Romance 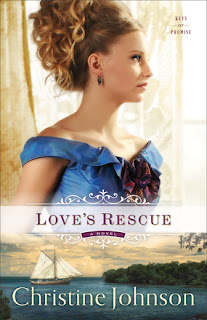 When her mother dies, Elizabeth Benjamin heads home to Key West, determined to transform herself into the perfect Southern belle her parents always wished her to be.  But nothing goes according to plan.  Her brother resents her, the servants do not obey her, and Rourke O’Malley, the dashing man she vowed to forget, refuses to relinquish his hold on her heart.  Worst of all, it becomes painfully obvious that her father is not the man he appears to be.

As family secrets come to light, Elizabeth is faced with a difficult choice: to perform her duty and abandon her dreams, or to leave her life of privilege behind to chase the man her father sees a little better than a pirate.

From the first emotional page, author Christine Johnson throws you into a world of impossible choices, hidden desires, and heart-melting romance in the Steamy South.

YAY for another great adventure read!  Propelled along by many exciting peaks before hitting the climax, I never once got bored while reading Love’s Rescue, the debut novel in the “Keys of Promise” series.  It had me hooked from the beginning and kept me on my toes wondering what was going to happen next.  From stormy seas, forbidden love, family secrets, to a strong message on forgiveness – this book had it all.  I couldn’t have asked for more!

Be sure to read the sneak peek at the end of the novel for the second instalment in this series.  It sounds like another fabulous story!

Book has been provided courtesy of Baker Publishing Group and Graf-Martin Communications, Inc.
Posted by ~ Jenna ~ at 20:19 No comments: 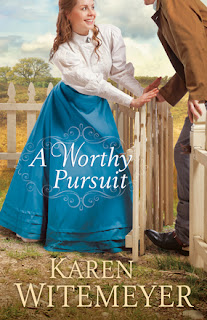 
Stone Hammond is the best tracker in Texas.  He never comes home empty-handed.  So when a wealthy railroad investor hires him to find his abducted granddaughter, Stone eagerly accepts.


Charlotte Atherton, former headmistress of Sullivan’s Academy for Exceptional Youths, will do anything to keep her charges safe, especially the orphaned girl entrusted to her care.  Charlotte promised Lily’s mother she’d keep the girl away from her unscrupulous grandfather, and nothing will stop Charlotte from fulfilling that pledge.  Not even the handsome bounty hunter with surprisingly honest eyes who comes looking for them.


When Miss Atherton produces documentation that shows her to be Lily’s legal guardian, Stone must re-evaluate everything he’s been led to believe.  Is she villain or victim?


Then a new danger forces Charlotte to trust the man sent to destroy her.  Stone vows to protect what he once sought to tear apart.  Besides, he’s ready to start a new pursuit: winning Charlotte’s heart.


Having read all of Karen Witemeyer’s previous novels, (most recent being Full Steam Ahead), I can safely say that she always delivers a good story.  One of Karen’s key characteristics is that her stories are typically full of humour and fun.  A Worthy Pursuit, however, took on a different tone.  A tad more serious, and almost suspenseful, it felt uniquely different from her previous works.


The change of tone in no way affected the quality of the story.  Rather, it felt just a natural extension of Karen’s writing style - something that I greatly appreciated.  Instead of falling into the trap of writing stories that all sound the same and no variance in character type, Karen has delivered a story that still has elements of wit and laughter, but also a dose of intrigue and action (the runaway wagon scene and shootout was fantastic!).


So, in diving into A Worthy Pursuit, you can be guaranteed an adventure, a sweet romance, and enough suspense to keep you intrigued.  A really good read!

Book has been provided courtesy of Baker Publishing Group and Graf-Martin Communications, Inc.
Posted by ~ Jenna ~ at 19:50 No comments: 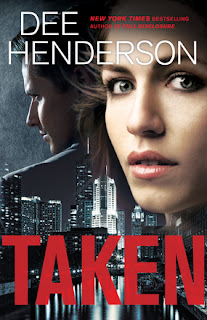 Abducted at the age of sixteen and coerced into assisting the Jacoby crime family, Shannon Bliss has finally found a way out.  She desperately wants to resume some semblance of normal life, but she also knows she has unfinished business to attend to.  She might have enough evidence to put her captors behind bars for a very long time.

When Shannon contacts private investigator Matthew Dane, a former cop, to help her navigate her re-entry into society, he quickly discovers that gaining her freedom doesn’t mean her troubles are over.  If the Jacoby family learns she is still alive, they’ll stop at nothing to silence her.

If justice is to be done, and if Shannon’s life is ever to get on track again, Matthew will need to uncover exactly what happened to her – even if it means stirring up a hornet’s nest of secrets.

Dee Henderson is an author that has been a long-time favourite of mine.  She captured my heart with the beloved "O’Malley" series, and proved to have fantastic suspense writing skills with the “Uncommon Heroes” series.  Taken is another solid novel.  Given the description on the back cover, I had anticipated a page-turning suspense novel.

However, for me, Taken wasn’t a nail-biting read, but rather a story of healing.  Shannon Bliss had a horrific experience of being kidnapped and held for eleven years before managing to escape.  Taken follows her journey from her first few days of freedom and her desire to take down the perpetrators at fault.

One thing I saw as a major highlight in the story was showcasing the gift of good friends and family.  I found the loyalty amongst the friends (Bryce and Charlotte, Ann and Paul, Ellie and John, Rachel and Cole, etc.) especially touching.  They were always ready, willing, and able to help someone in need, and not necessarily out of duty, but out of kind compassion for the individual (even if they didn’t even know the person).  It was a beautiful picture of selfless love for your fellow man.

Touching and well-written, Taken is a memorable story focusing on ideals of faith, relationships, and love.  Thank you, Dee, for another great book!

Book has been provided courtesy of Baker Publishing Group, and Graf-Martin Communications, Inc.
Posted by ~ Jenna ~ at 20:29 No comments: