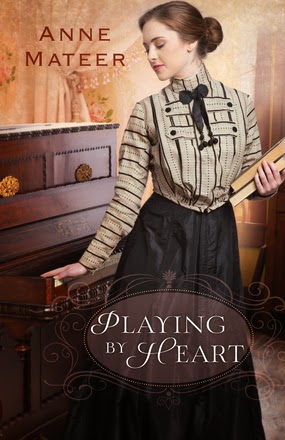 
Lula Bowman has finally achieved her dream:  a teaching position and a scholarship to continue her college education in mathematics.  But then a shocking phone call from her sister, Jewel, changes everything.


With a heavy heart, Lula returns to her Oklahoma hometown to do right by her sister, but the only teaching job available in Dunn is combination music instructor/basketball coach.  Lula doesn’t even consider those real subjects!


Determined to prove herself, Lula commits to covering the job for the rest of the school year.  Reluctantly, she turns to the boys’ coach, Chet, to learn the newfangled game of basketball.  Chet is handsome and single, but Lula has no plans to fall for a local boy.  She’s returning to college and her scholarship as soon as she gets Jewel back on her feet.


However, the more time she spends around Jewel’s family, the girls’ basketball team, music classes, and Chet, the more Lula comes to realize what she’s given up in her single-minded pursuit of degree after degree.  God is working on her heart, and her future is starting to look a lot different than she’d expected.


Numbers-loving, predictable Lula Bowman had plans – she had the whole map of her life figured out and no one was going to veer her off path.  But, as Proverbs 16:9 says, “A man’s heart plans his way, but the Lord directs his steps”, and Lula’s world was about to be shaken up in a big way.  Tossed into a world of music and ball-playing, Lula has to jump out of her comfort zone and onto the basketball court, learning as she goes.  At least she has Chet, a cute basketball coach to ask for assistance!


Chet doesn’t know what to make of Lula – unlike previous female teachers, Lula isn’t falling all over herself trying to get his attention.  In fact, she tries to avoid him as much as possible.  Finding her incredibly intriguing, Chet sets out to get to know Lula better – both on and off the court.


This was a sweet, and at times equally fun and serious, historical romance by Anne Mateer.  Values of faith, family, and love are held in high esteem as the characters learn what should be most important in their lives.  I also enjoyed seeing the growth in Lula's character and faith over the course of the novel.  What an encouraging reminder that Christ never changes and He truly is the solid rock upon which we stand!  While a tad slower-paced than what I'm used to, this novel is still an all around good read.

Book has been provided courtesy of Baker Publishing Group and Graf-Martin Communications, Inc.
Posted by ~ Jenna ~ at 19:45 No comments: 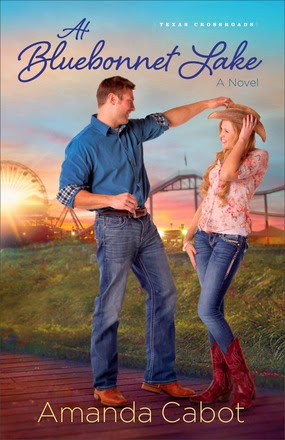 Marketing maven Kate Sherwood’s world is fast-paced, challenging, and always changing.  The last thing she wants to do is grind to a halt at Rainbow’s End, a dilapidated resort in the Texas Hill Country.  Still, she cannot deny her ailing grandmother’s request to visit the place where she and her deceased husband spent one glorious week fifty years ago.  There, Kate meets Greg, who appears to be the resort’s unassuming handyman.  But there’s more to Greg than meets the eye—billions more, in fact.

Kate isn’t looking for romance, but she can’t deny the sparks of attraction that fly every time she and Greg are together.  Could there be a future there?  Or will Kate’s long-sought promotion take her back to the big city?

Amanda Cabot invites you to step into a place away from the pressures of the day.  You might be surprised by what you find at Rainbow’s End.

In reading At Bluebonnet Lake, it made me really yearn for a vacation.  One of those stress-free, no obligations, relaxing vacations where your days are filled with doing all the fun things one enjoys.  Much of my holidays this year have been jam-packed with business (had four weddings within my close family and friends circle – three of them were spread out over six weeks!), so I jumped at the chance to have a mini “mind” vacation by joining Kate Sherwood and her grandmother on their trip to Rainbow’s End.

At Bluebonnet Lake is many things.  It is a touching story about the strong relationship Kate shares with her grandmother; a sweet romance (the fireworks between Kate and Greg and their fun dates were so cute!); and a little knock on the head about being too consumed with one’s career.  I’m starting to sound like a broken record on this subject (all the novels that are coming out now appear to have the same theme!), but career ambitions are a great thing, except when they overtake our lives and affect our relationships with those dearest to us.  And for Kate, her career ambitions could also mean missing out on a chance at true love.

All in all, I really enjoyed my trip into the town of Bluebonnet Lake.  It was refreshing and completely satisfying - so much so that I’ll be keeping an eye out for the next instalment in the series!

Book has been provided courtesy of Baker Publishing Group and Graf-Martin Communications, Inc.
Posted by ~ Jenna ~ at 19:34 No comments:

A Light in the Wilderness 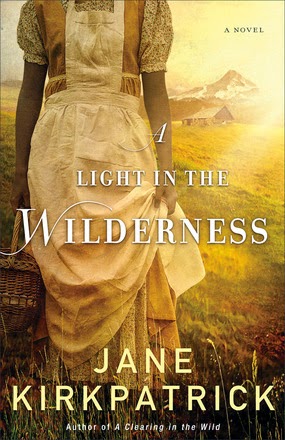 Letitia holds nothing more dear than the papers that prove she is no longer a slave.  They may not cause most white folks to treat her like a human being, but at least they show she is free.  She trusts in those words she cannot read—as she is beginning to trust in Davey Carson, an Irish immigrant cattleman who wants her to come west with him.

Nancy Hawkins is loathe to leave her settled life for the treacherous journey by wagon train, but she is so deeply in love with her husband and she knows she will follow him anywhere—even when the trek exacts a terrible cost.

Betsy is a Kalapuya Indian, the last remnant of a once proud tribe in the Willamette Valley in Oregon territory.  She spends her time trying to impart the wisdom and ways of her people to her grandson.  But she will soon have another person to care for.

As season turns to season, suspicion turns to friendship, and fear turns to courage, three spirited women will discover what it means to be truly free in a land that makes promises it cannot fulfill.  This multilayered story from bestselling author Jane Kirkpatrick will grip your heart and mind as you travel on the dusty and dangerous Oregon Trail into the boundless American West.  Based on a true story.

In reading A Light in the Wilderness, I was awestruck by how incredibly brave women like Letitia, Nancy, and Betsy were.  Letitia for facing down daily racism and prejudice; Nancy, for giving up the home she loves for the unknown; and Betsy, for also facing prejudice and being forced to move from her own home.  Stories like these inspire people to overcome their own personal obstacles and move forward, even while their knees are shaking a little in fear.  Courage doesn’t mean fear is absent – it is making that decision to move in spite of the fear.  And we don’t have to face that fear alone!  God, who is ever faithful, promises to never leave us or forsake us.  What a beautiful promise!

Wonderfully written, A Light in the Wilderness is a story readers will not easily forget. 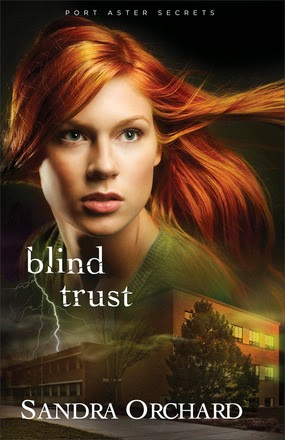 Kate Adams had no idea she was carrying counterfeit money and can’t believe that it came from her sweet elderly neighbor.  Or that it has landed her in the middle of another of Detective Tom Parker’s investigations.  Determined to prove her neighbor’s innocence, Kate stumbles into a pit of intrigue far deeper than a two-bit counterfeit operation—and one that strikes too close to home for comfort.

As family secrets come to light, her world—and her budding romance with Tom—begin to crumble.  To Kate, it’s clear that she won’t be safe until she uncovers all of Port Aster’s secrets.  But then will it be too late for her and Tom?

If you’ve read a few of my reviews, you know that I love suspense novels.  The exciting, keep you on the edge of your seat – don’t put that book down – type of novel.  The ones that grab your attention and never let you go!  I was excited to read Blind Trust as it also had other elements (romance, mystery, family secrets) to really round out a story.

Unfortunately, despite an exciting start, Blind Trust didn’t quite live up to my expectations.  The suspense fell a little flat, and while the storyline did keep me guessing, it didn’t have the “thrill” factor I was looking for.  I also had trouble connecting with the characters; but, that could be due to the fact that this is book #2 in the “Port Aster Series”, and I haven’t read book #1.

In the end, while the novel sounded really promising, it didn’t quite hit my favourites list.  Perhaps book #3 will have the 10/10 thrill factor I was hoping for!  =)