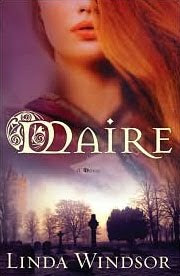 Fifth-century Ireland: An ancient land of timeless mystery where the spark of Christianity
spreads like wildfire among kings, scholars, and peasants alike. And nowhere is the impact greater than among the druids, as the light of Christ divides those seeking truth from those
seeking power.

Against this backdrop of passion and change, two warriors stand firm: Rowan of Emrys,
reformed mercenary; and Maire, warrior queen of Gleanmara.

Rowan and Maire clash on the battlefield, and Maire takes Rowan as her hostage and husband. She cannot understand his faith, his dedication to the one God, but neither can she deny the truth in his claims that meekness and humility are stronger than any blade of steel.

When they finally join together, lifting their swords against the evil druid Morlach and his corrupt forces of darkness, they discover the cost – and joy – of following the one true God and His Christ.

I was quite excited to read this novel. There is nothing better than an exciting medieval romance set against the backdrop of warring tribes and nations; where the world around the main characters is seemingly falling apart, yet love and truth triumph over evil in a climatic conclusion.

Unfortunately, Maire did not live up to my expectations. The writing, at times, was unbalanced and often depicted contrary views of the main character herself, Maire. I was often confused as to who she really was and put off by her overly independent and arrogant demeanor. Granted, yes, she is a warrior queen, but it felt like she was trying so hard to be equal to a man and best them, that it was a contest all the time with her.

The story idea itself was good, and had a few twists and turns to keep the reader entertained. I just wish Maire experienced faster character development, as it was flat for most of the story, until the last couple chapters. Despite this, I will read the second book in this series, as I don’t like to base an opinion of an author on just one book, as different stories and different characters can make all the difference in the world.
Posted by ~ Jenna ~ at 19:12 No comments: 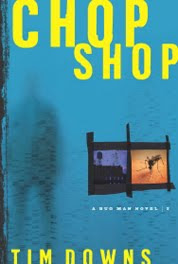 From Back Cover
Dr. Riley McKay begins a fellowship program in forensic pathology at the renowned Allegheny County Coroner's Office in Pittsburgh. She soon discovers that her supervising pathologist, Dr. Nathan Lassiter, has an unexplained history of bungled autopsies, concealed evidence, and unreported wounds. Ignored by her senior pathologists and threatened by Dr. Lassiter, she turns to Dr. Nick Polchuk, the Bug Man, to help her investigate.

Chop Shop is book two in Tim Downs’ The Bug Man series that follows Dr. Nick Polchak, a forensic entomologist who looks to insects to solve murders. It can easily be said that Nick is one of the most unique and quirky characters I have ever read. His wonderfully dry sense of humour caused me to laugh often over his quips.

This particular story portrayed an intriguing ethical dilemma (which I won`t mention, as it is a spoiler), which can be rather thought-provoking. It makes for a highly interesting read, and fans of TV shows such as CSI and Bones would readily enjoy this novel. Some of the scientific terms and explanations got a little heady at times (especially for a mind that is more geared to the legal world), but didn’t deter from my enjoyment of the story.

I definitely recommend this book!
Posted by ~ Jenna ~ at 19:06 No comments: