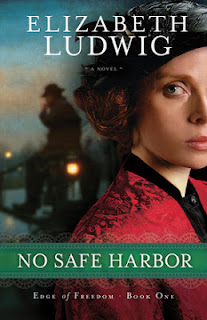 
She came to America searching for her brother.


Instead all she’s found is a web of danger.


Cara Hamilton had thought her brother to be dead.  Now, clutching his letter, she leaves Ireland for America, desperate to find him.  Her search leads her to a houseful of curious strangers, and one man who claims to be a friend – Rourke Walsh.  Despite her brother’s warning, Cara trusts Rourke, revealing her purpose in coming to New York.


She’s then thrust into a world of subterfuge, veiled threats, and attempted murder, including political revolutionaries from the homeland out for revenge.  Her questions guide her ever nearer to locating her brother – but they also bring her closer to destruction as those who want to kill him track her footsteps.


With her faith in tatters, all hope flees.  Will her brother finally surface?  Can he save Cara from the truth about Rourke…the man she’s grown to love?


Cara Hamilton’s got spunk.  An orphan, she crosses the ocean to a foreign country on slim hopes that her brother is still alive and waiting for her there.  Her hopes are nearly dashed however, when upon arrival, her brother doesn’t show.  Alone, and without a home or a job, and when most would be sorely overwhelmed by their situation, Cara squared her shoulders, lifted up her chin, and forged her way onward.  It is this quiet strength that greatly appealed Cara to me.  She was resilient, and not helpless, when her situation got dire.


The story was really good, and including all the right elements: history, romance, and suspense.  The history was rich and very intriguing, the romance delightful, and the suspense just enough to add some extra ``bite`` to the story.  I very much enjoyed this read and wouldn’t hesitate to pick up the next novel in the series.
Book has been provided courtesy of Baker Publishing Group and Graf-Martin Communications, Inc.  Available at your favourite bookseller from Bethany House, a division of Baker Publishing Group.
Posted by ~ Jenna ~ at 18:28 4 comments: 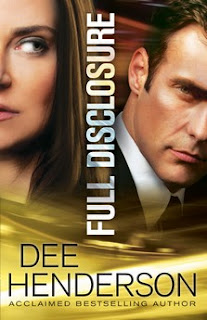 Back Cover
Paul Falcon and Ann Silver
-A Love Story-

Ann Silver is a cop’s cop.  As the Midwest Homicide Investigator, she is called in to help local law enforcement on the worst of cases, looking for answers to murder.  Hers is one of the rgion’s most trusted investigative positions.

Paul Falcon is the FBI’s top murder cop in the Midwest.  If the victim carried a federal badge or had a security clearance, odds are good Paul and his team see the case file or work the murder.

Their lives intersect when Ann arrives to pass a case off her desk and onto his.  A car wreck and a suspicious death offer a lead on a hired shooter he is tracking.  Paul isn’t expecting to meet someone, the kind that goes on the personal side of the ledger, but Ann Silver has his attention.

The better he gets to know her, the more Paul realizes her job barely scratches the surface of who she is.  She knows spies and soldiers and US Marshals, and has written books about them.  She is friends with the former vice president.  People with good reason to be cautious about who they let into their lives deeply trust her.  Paul wonders just what secrets Ann is keeping, until she shows him the John Doe Killer case file, and he starts to realize just who this lady he is failing in love really is…

Dee Henderson is one of my all-time favourite authors.  I devoured her “O’Malley” and “Uncommon Heroes” series in a matter of days, and I have re-read several of them (which I only do if it is a really, really good book).  So you can just imagine how much jumping off the walls I was doing when I heard Dee had a new book coming out.

Full Disclosure is exactly what the writing on the back says, “a love story”.  It chronicles the sweet and slow romance between two high-powered law enforcement individuals.  If anything, it might have been a bit too slow, as I found the story didn’t really pick up until about a 1/3 of the way through, which is a bit unlike Dee.  There was so much stuff in the book, and it read a bit more of character summaries on Paul and Ann, as opposed to just telling their story.  I wasn’t able to connect with Ann as well as I would have liked.  All the characters in the book described her nothing short of a saint and super-woman.  By the end of the book, you discover that Ann is an artist, pilot, author, coin collector, top murder investigator, etc.  Perhaps it is just envy speaking out, but Ann was painted at being good at so many things, that it felt a tad unbelievable.  What probably threw me off the most, however, was stating that she wrote the “O’Malley” and “Uncommon Heroes” series about her best friends.  Granted, I LOVED having the cameos by some of the “O’Malley” and “Uncommon Heroes” characters in the book, and having them as friends of Ann’s and Paul’s would have been just fine, but I couldn’t wrap my brain around Ann actually writing the books…it just seemed a little odd.

The writing of Full Disclosure is unquestionably fabulous.  Dee is and always will be an awesome writer.  I liked that she weaved in some “crime mysteries” in the story to add a bit of excitement to the plot.  So while I’m not jumping up and down after reading the novel like I was before, it is still a good story with good writing.  And I still will be one of the first in line to read Dee’s next book.