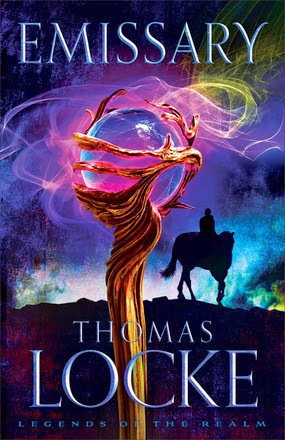 With his twenty-first birthday,
Hyam begins a journey that will lead him to his destiny—or his doom.

Hyam has always shown a remarkable ability to master languages, even those left unspoken for a thousand years.  But now the shadow of suspicion that was cast upon him as a child prodigy at Long Hall is lengthening, and he must keep his identity hidden—or face annihilation.

As Hyam’s mother slips toward death, she implores him to return to Long Hall before he settles down to farm his land.  This journey born from duty becomes an impassioned quest for the truth.  War is coming swiftly, and Hyam must rely upon his newfound powers and the friends he meets along the way in order to unravel the puzzling past and ensure that he—and the realm—will have a future.

I’m a facts kind-of-girl.  I like reading stories and watching movies that are plausible – based on events that could actually happen (except when it comes to superheroes – I do love those Marvel movies!).  As such, I rarely pick up a fantasy novel.  Ones that I have read in the past often lose me in pages and pages of preamble about imaginary worlds, beings, wizards, and confusing magical spells where anything goes, and to my logical mind – nothing makes sense.

Given the above, you may be wondering, why on earth did I pick up Emissary?  There were a few reasons.  I have a friend who is a die-hard fantasy reader where her top-five favourite books are stories revolving around realms, wizards, dragons, and magic.  Whenever we talk books, she undoubtedly will bring up one of those novels, and encourage me to read the newest favourite.  As she is head over heels in love with fantasy, I felt it was time to give this genre another shot.

Another reason is the author.  Thomas Locke is a pseudonym for Davis Bunn, and I’ve read a few of Mr. Bunn’s novels (The Patmos Deception and Rare Earth) and have really enjoyed them.  So, I determined that if Mr. Bunn could write such fantastic adventure stories, his fantasy work probably wouldn’t be half bad.

I was so right.  Emissary promises an epic journey and it fulfills.  I was swept up in Hyam's quest for his true heritage, that eventually leads him to a brewing battle of epic proportions between good v. evil.  Amongst the battles between ghouls and men, learning about the worlds of the Ashanta, Elves, etc., I found myself enjoying this tale of adventure, magic, action, and self-discovery.  It was (dare I say it) refreshing!  So much so that I could relate to this when nearing the end of the novel: 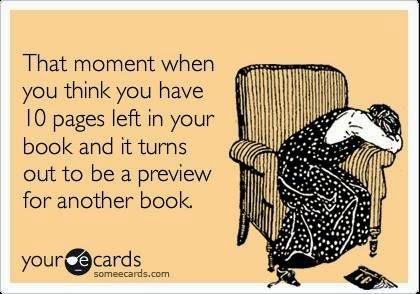 If there are any readers out there who, like me, have been putting off “going over to the dark side” and reading a fantasy novel because it just doesn’t jive with your analytical, realist minds – give Emissary a try.  You’ll be glad you did!